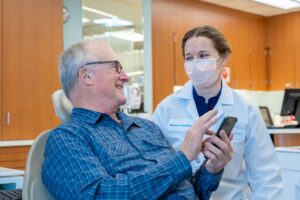 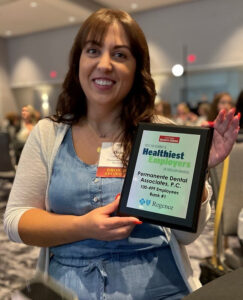 PDA was named #1 in the 100-499 employee category in the July 28 Healthiest Employers of Oregon awards, hosted by the Portland Business Journal.

The is our third consecutive #1 rank in these awards. PDA has participated in the annual awards since its inception, placing in the top 2 spots in our category over the last consecutive 8 years.

Permanente Dental Associates (PDA) Board of Directors announced today that Cyrus Lee, DMD has been elected by shareholders as EDD-Elect as part of a planned leadership transition. 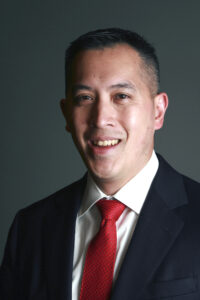 When Dr. John Snyder retires at the end of this year, he will have led PDA for nearly 15 years, and served nearly 35 with the organization. A general dentist, Dr. Snyder began his career with PDA in 1987, well before electronic dental (patient) records were available.

But he saw the potential.

Always believing that oral health should be considered part of overall health, as PDA’s first associate director for Evidence-Based Care, he forged efforts into what’s now being referred to as medical-dental integration (MDI) within Kaiser Permanente’s Northwest Region (KPNW), the only Kaiser Permanente region to offer both medical and dental services.

Now that both medical and dental electronic patient records have been fully integrated at KPNW since 2016, the 85% of 290,000 dental members who are also medical members can benefit by dentists’ ability to monitor diabetes, administer vaccines, and remind them to avoid delaying preventive screenings for heart disease and cancers.

This system integration and coordination of care between dental and medical can often mean earlier diagnosis and treatment of not only oral cancer, but head and neck cancers and other conditions.

“I fully support his selection and agree Dr. Lee has the right qualities, experience and visionary leadership that will drive the future of PDA and further the practice of medical-dental integration (MDI) that we helped pioneer,” says Dr. Snyder.

“His work in operations has allowed him to cultivate a deep understanding of PDA’s business, as well as the intricacies of the larger Kaiser Permanente organization,” he adds. “Through his many roles, he has developed strong relationships within PDA and among KPNW partners that will translate seamlessly with his transition to the EDD role.”

Our new EDD-Elect/CEO jumped right in and rode the KP float with Northwest Permanente and KPNW Presidents for last Sunday's Portland Pride parade, leading more than 200 KPNW employees in the KP contingent. Great event and well-attended after 2 years of no in-person parade - everyone was happy for Pride to be back. ... See MoreSee Less